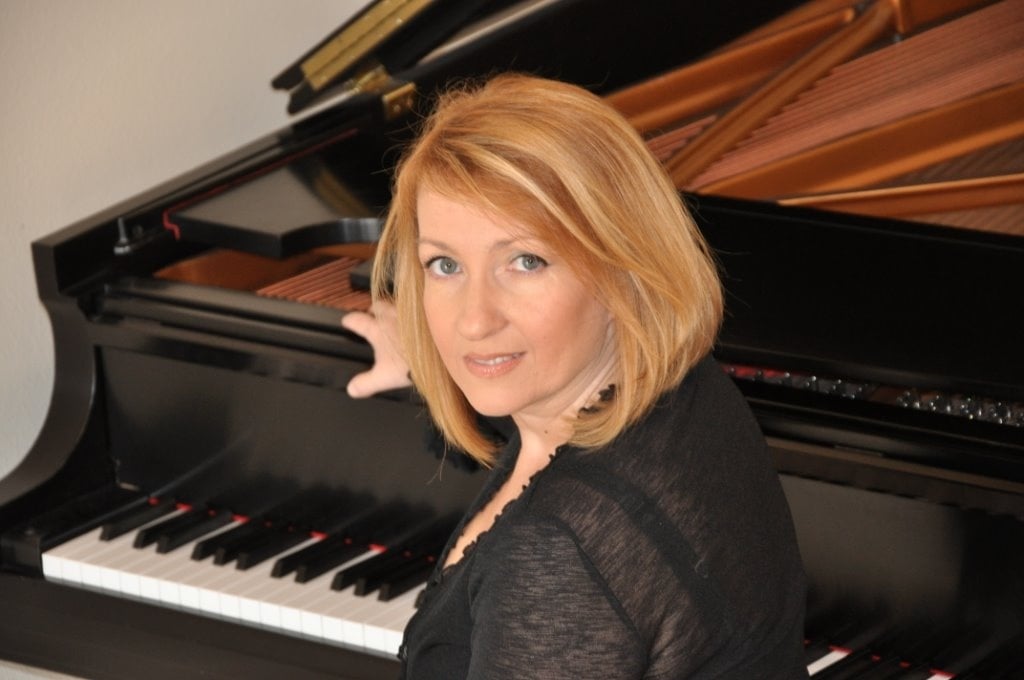 Dr. Marina Grozdanovic is a pianist whose performances critics describe as ’virtuosity interwoven with depth of expression’. Her versatile performing career encompasses solo, chamber and orchestral appearances throughout the United States, Europe and Asia. She is a co-founder of the L’estro armonico piano duo ensemble, featuring a repertoire for two pianos, as well as for piano duet - four hands, in collaboration with Maestro Sasha Zappa Bajcic.

She was born in Belgrade, Serbia, where she began her piano studies with Professor Gordana Izrailjevic. Her academic qualifications include a Bachelor of Music degree in Piano Performance from the “University of Music Art, Belgrade”, a Professional Studies diploma from “Mannes College of Music”, New York, and a Master of Music degree from “Indiana University”, South Bend. She graduated with Honors from the “University of Southern California” where she earned her Doctor of Music Arts degree, majoring in Piano Performance. She has studied under the guidance of highly acclaimed pianists such as Arkady Aronov, Alexander Toradze and Daniel Pollack.

Her exceptional academic and professional achievements earned her membership in the prestigious Pi Kappa Lambda National Music Honor Society. She is also a member of the Music Teachers Association of California (MTAC), as well as a Board Member (Public Relations) of the Chopin Foundation of the United States, Southwest Council, a non-profit organization promoting the musical legacy of Frederic Chopin, through organized concerts, recitals, competitions and other music events.

In addition to her performing career, she is an established pedagogue with prize winning students in numerous competitions in the New York, Chicago and Los Angeles areas. She has served as a faculty member of East Los Angeles College, where she instructed students majoring in piano performance.

Dr. Grozdanovic is frequently sought after as a juror and a lecturer in various competitions, festivals and masterclasses in Southern California and abroad.

She is the founder and proprietor of Virtuoso Piano Studio.